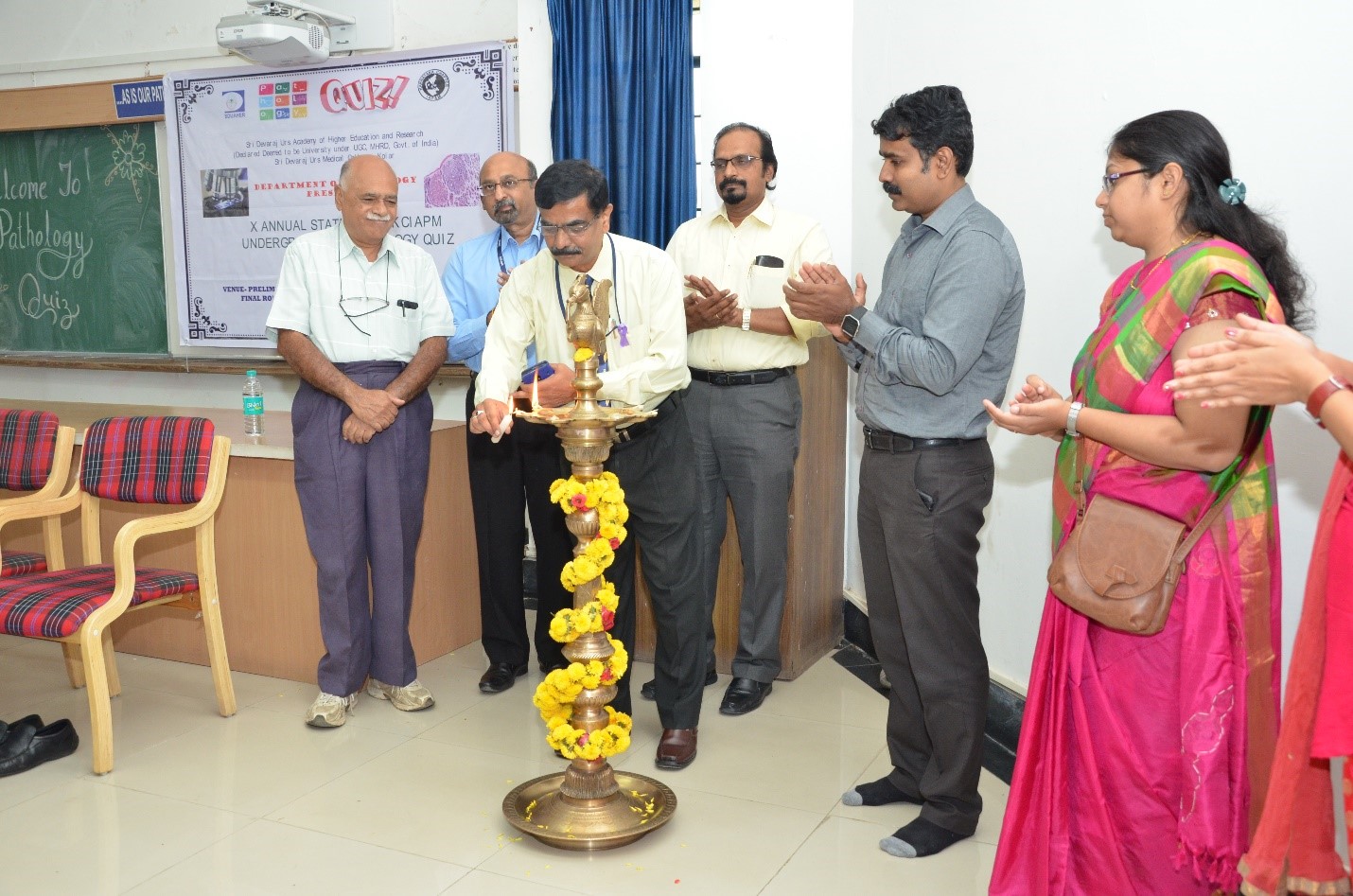 During the run-up to this event, an organizing committee was constituted and the various responsibilities were distributed. This committee huddled on numerous occasions to chalk out the course of the event.

A flyer was designed and advertised on KCIAPM website and also in PathoIndia website two months in advance as part of the early announcement.

Later the brochure was designed and sent to all HOD’s of various medical colleges and reminders were made telephonically. The response was very encouraging with a total of 37 teams from all over Karnataka State, representing 20 institutions.

The quiz was sponsored by our University: Sri Devaraj Urs Academy Of Higher Education & Research and Karnataka Chapter Of Indian Association Of Pathologists And Microbiologists. The prizes in the form of book house vouchers and Textbooks of Pathology.

The event began with registration of all the participants followed by breakfast.

The preliminary round was a written test to each team and comprised of 60 multiple choice questions. The time allotted was 60 minutes.

The event was inaugurated in the presence of our beloved Principal Dr. Harendra Kumar ML and PG Director Dr. S.R. Prasad. Dr Kalyani, Professor of Pathology   welcomed the dignitaries on the diaz. Inauguration began with our National Anthem.Then the lighting of lamp was done by the dignitaries on the diaz and a under graduate participant. The presidential speech was given by our beloved Principal Dr. Harendra Kumar ML followed by few words of encouragement and wished good luck for participantsby Secretary KCIAPM and HOD of Pathology AIMS, Bellur, DrVijayashankar. Dr. Suresh TN, Professor of pathology, delivered vote of thanks and marked the end of the inauguration ceremony.

The results of the preliminary round were announced after the lunch in university auditorium and 06 teams were selected for the final round.

Before beginning the final round, instructions were given to the 6 teams.

An audience round dedicated with a series of questions only to the participants in the audience was conducted by our HOD, Dr CSBR Prasad in which every correct answer by an Undergraduate audience was rightly rewarded with a pathology reference/ essential text book.

The finals were keenly contested and winners of the 3rd State Level Undergraduate Intercollegiate Pathology quiz were:

The participation certificates were distributed after collecting the feedback forms from the participants.

A final vote of thanks speech was given by our Dr. Swaroop Raj B V, Assistant professor of Pathology which marked the end of our pleasurable experience and we bid farewell to all the participant 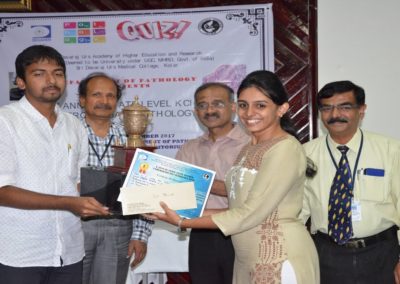 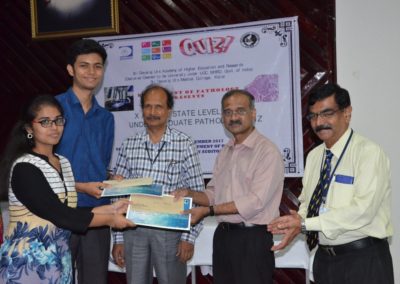 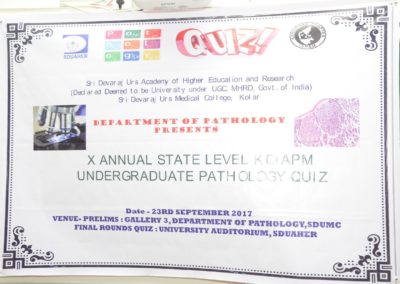 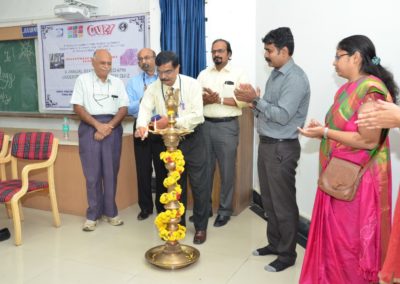